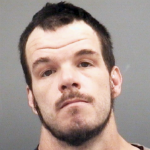 LANDIS, N.C. – Rowan County authorities arrested a man accused of exposing himself to a woman at a public library on Thursday.

The Rowan County Sheriff’s Office charged Jeffery Massey with indecent exposure after he showed his genitals to a woman who was checking a book out at the Rowan County Library on Kimball Road.

The sheriff’s office said the woman was checking out when Massey exposed himself while looking directly at her. After the incident, authorities were called to the library where Massey was taken into custody.

Massey had just recently been released from prison, where he served a 19-year sentence for second degree murder, according to the sheriff’s office.

He was given a $25,000 secured bond and placed in the Rowan County Detention Center.