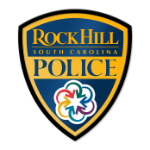 ROCK HILL, S.C. – A Rock Hill man is facing charges after he admitted he’d been drinking when he was arrested for punching his teen daughter in the face and choking her.

According to Rock Hill Police, officers were called to a home along Scoggins Street on Saturday night to the report of an assault.

A teenage girl told police that her father, 39-year-old Antwain Patterson, had been yelling at her before he punched her in the face and wrapped his hands around her neck, choking her.

The incident reportedly happened in Patterson’s Lucky Court home. Patterson’s wife had to pull him off the girl, she told police.

According to the report, Patterson called his daughter to visit him earlier in the day, but they began arguing shortly after she arrived.

That’s when he says the teenager began yelling and cursing at him. He admitted to grabbing by her arm and shirt, but denied choking her or grasping her neck.

Patterson also told police he had been drinking.

He was arrested and charged with unlawful conduct toward a child.