Rock Hill Man Stabs His Sister With A Steak Knife 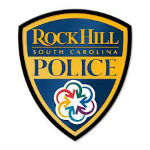 ROCK HILL, S.C. –  Police have issued an arrest warrant for a man accused of assaulting his sister, 24, in a Rock Hill home on Thursday night, according to a police report.

The woman called police for help shortly after 10 p.m., saying that when she arrived home, her brother, 42, threatened her then cut her with a steak knife, the report states.

Officers say the woman had a small cut on her wrist but refused medical treatment.

Her brother left the house before police arrived, according to the report.

Police plan to arrest the man who is charged with third degree assault and battery.