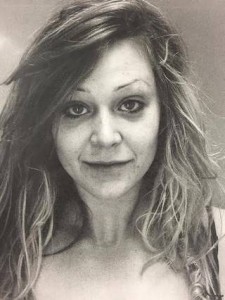 A Rock Hill woman was arrested on Thursday after she was involved in a drunken-driving crash and then lifted her shirt to flash an officer.

The crash occurred around 11:30 p.m. at the Crazy Horse on Cherry Road, the police report showed.

Mindy Chandler, 28, an employee at the Crazy Horse, had been doing donuts in her vehicle before pulling the car onto Pursley Street and driving toward Richland Street, witnesses said. Chandler then backed up and crashed into a fence on Constitution Boulevard, according to the report, before locking herself in a bathroom. She was escorted outside to talk to officers.

Police said Chandler only had on one boot and was very intoxicated. When Chandler was being interviewed about the crash, a witness walked by and Chandler started making obscene gestures and yelling at the woman.

The officer then told Chandler she needed to pay attention to him. The woman reportedly responded by raising her shirt and flashing the officer.

Officers also found an “untestable” small amount of marijuana and an open beer container in Chandler’s vehicle. She refused to take a breath test, according to police.

Police charged Chandler with driving under suspension and DUI. She was held Friday in the Rock Hill city jail on bond set at $1,600.