Sentence Handed Down To Former Cherryville Chief Of Police 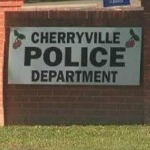 CHERRYVILLE, N.C. — Woody Burgess, the former chief of police for the Cherryville Police Department, was sentenced Tuesday after pleading guilty to one count of embezzlement.

Burgess was sentenced to one year probation, six months house arrest with no electronic monitoring and 100 hours of community service; he was also ordered to pay a $1000 fine and pay full restitution to the city — of which, he only owes about $500 of the original $11,624.

Burgess only spoke once in court when he told the judge, “I apologize to the court.”

His attorney, Melissa Owen, read a statement written by Burgess where he apologized for shame his actions brought on his family and the community.

A current captain with the Cherryville Police Department read a statement to the judge describing the impact of actions by Burgess and other former officers, who were convicted on unrelated corruption charges, had on the community.

Prosecutors alleged Burgess embezzled just over $11,000 over a two-year period, but the guilty plea was for five town of Cherryville checks written out for about $5,100, with the money, in part, used to buy guns for Burgess’ personal use.

Burgess instructed the town’s then-finance director to write the checks, claiming he was cashing out sick, vacation or comp time when the job didn’t allow that.

“Mr. Burgess accepts responsibility for his involvement in this. He is very remorseful for accepting payment for overtime and vacation time that he was not authorized to take,” said Owen at the time the guilty plea was entered.