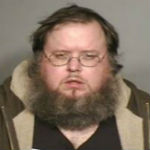 Timothy Dale Bustle, 38, of Statesville, is charged with three counts of third degree sexual exploitation of a minor, according to a news release from the Statesville Police Department.

In November 2013, the FB.-Charlotte Office received a tip about a registered sex offender who was suspected to be in an online/texting relationship with an underage female in another state which began in 2008 or 2009.

Investigators reviewed Bustle’s computers and discovered images depicting child pornography, along with pictures of the alleged underage victim from the other state, according to the release.

Bustle was placed in the Iredell County Detention Center on a $200,000 secured bond.

Further charges may be forthcoming from the Iredell County Sheriff’s Department for Sex Offender violations and from the Statesville Police Department/FBI when the investigation is fully completed.