Sex Offender Arrested For Being Near Daycare, Park 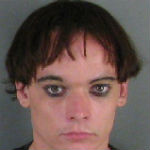 GASTONIA, N.C. – A registered sex offender was arrested after he was spotted near a daycare and a city park.

Robbie Douglas Maney, 24, was spotted by a probation officer around 4:45 p.m. walking on Church Street by a day care center.  She later saw him at the bathrooms at Lineberger Park, which is about a half-mile from the day care, according to a warrant affidavit.

He was charged with two counts of being a sex offender on child premises.  He was booked into the Gaston County jail and is currently being held without bond.

Maney was convicted in Gaston County of indecent liberties with a minor in 2010 for an incident that took place in 2009 when he was 20. He was sentenced to 36 months probation.