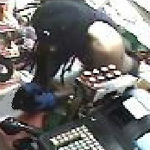 CHARLOTTE, N.C. — Charlotte-Mecklenburg police are looking for three men they said shot at employees of a northwest Charlotte convenience store after robbing it Monday night.

Officers said the men entered Jerry’s Mini Mart on Mount Holly Road around 9:20 p.m. and robbed the business at gunpoint.

As they fled, police said one of the men fired a shot at an employee. The employee then shot back but nobody was struck.

Police said the suspects, described as black males in their early 20s with their faces covered, ran off. One of the thieves had long dreads.

Anyone with information concerning this case or the suspects is asked to call Crime Stoppers at 704-334-1600.