Speed, Alcohol Factors In Crash That Left One Dead 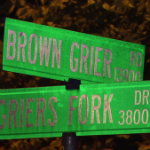 CHARLOTTE, N.C. – Charlotte-Mecklenburg police said speed and alcohol are to blame in a deadly accident in southwest Charlotte Tuesday morning.

Lola Porter lost control of her 2007 BMW, ran off the road and hit a tree, police said. Turner died at the scene, according to Medic.

Porter was taken to Carolinas Medical Center with serious injuries.

The investigation revealed that speed and alcohol were contributing factors in the crash.

Porter was charged with driving while impaired and driving with a revoked license. Further charges will be filed in reference to the accident, according to police.

The crash remains under investigation.  Crews have reopened part of Brown Grier Road after it was closed for several hours overnight.