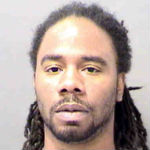 CHARLOTTE, N.C. – A man was taken into custody following a standoff with the SWAT Team at a Charlotte apartment complex.

Police were called to the Little Rock Apartments in the 3200 block of Nobles Avenue just before 10 a.m. Wednesday for a domestic disturbance.

Police say Jartavous Gaither, 28, refused to leave the apartment when they arrived.  A woman and child came outside a short time later, while Gaither continued to barricade himself inside.

The SWAT Team then arrived on scene and evacuated the complex. Gaither ended up surrendering to police. The standoff ended by 12:30 p.m.

Gaither was already wanted on outstanding charges of assault and burglary.