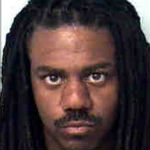 NEWTON, N.C. – In a court hearing in Newton on Monday, the state announced they will seek the death penalty against Sharman Odom if he is convicted of first degree murder in the death of Maggie Daniels.

Prosecutors had filed notice in August that they believed aggravating factors existed in the case that would allow them to argue for death as a sentence. The hearing on Monday, called a Rule 24 Conference, makes the intentions clear in open court with the defendant present.

Among those in the courtroom Monday was the mother of Maggie Daniels. “She wanted to be here,’ said Assistant District Attorney Kyle Smith.

She watched as the defendant walked into the courtroom and to the defense table. She stared at Sharman Odom the entire time until he left the courtroom.

Kathy Daniels did not speak with the media afterwards, but instead gathered some of her slain daughter’s belongings and drove back to Ohio.

The court hearing lasted only a minute or two. Declaring it a Capital Case does more than just announce intentions by the state. It also empowers the judge to allow a second attorney to be appointed to aid in the defense.

The next court date for Sharman Odom is October 6 when he is expected to be arraigned on indictments accusing him of murder, sexual assault and kidnapping.