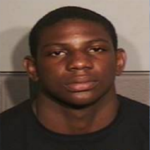 STATESVILLE, N.C. — Statesville Police have arrested a 16-year-old and charged him with indecent exposure.

The woman didn’t know the man, and police have been investigating for the last month. Investigators caught a break when the young man returned to the victim’s residence on Monday.

The victim called police, and authorities located the suspect matching the description a few blocks from the victim’s home.

Police then charged 16-year-old De’Andre Malik Norris, of Statesville. Norris turned himself in to authorities on Thursday. He was booked in under a $5000 bond.