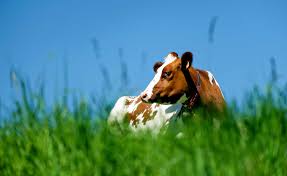 Some cows in Florida are heroes after assisting police with an arrest in Seminole County.

The suspect had allegedly just tried to outrun police after crashing a stolen car in Florida. The man was with two other suspects when the crash occurred. One suspect, Erin Thomas stayed on the scene while two others, Jennifer Kaufman and Jamie Young, hoofed it across a nearby cow pasture.

One suspect took off in one direction and managed to escape the cows in the pasture, but the other was not so lucky. Her trajectory took her directly into a herd of cows who did not take the intrusion of their pasture with calmness.

The cows began chasing the suspect and slowly closed in on her as police followed closely behind. She was slowed down enough to allow police to capture her. Police managed to arrest all three suspects during the incident.

The suspects were charged with drug possession after a backpack with cocaine and drug paraphernalia was discovered inside the stolen vehicle. They were also charged with trespassing for the cow field escapade, and resisting arrest.