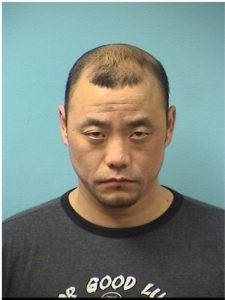 A thief was nabbed after he called the owner of a stolen vehicle for help in getting the stolen car started.

The crime occurred in Minnesota in the parking lot of a Walmart on Monday night. According to the victim, she had started her car remotely from inside the Walmart with the intent of warming it up on a night where temperatures were frigid. The plan backfired, however, when a thief saw his chance, and hopped into the warm car, driving it out of the parking lot.

Footage showed the suspect driving the vehicle from the premises at around 8:30 p.m. The victim came outside to find her car gone.

An hour later, the victim received a strange phone call from a woman saying that a man was having trouble starting the stolen car. The suspect gave a false name, saying he was Wayne Hennen, employee of a glass repair shop. The owner spoke with the suspect, who asked if there was anyone in the area who could start the car again for him, as he was unable to restart it once parked.

Meanwhile, a 911 phone call was made in Isle, a location an hour away from the Walmart, by someone reporting a suspicious person. When police arrived they found 37-year-old Edward Leroy Wilson in possession of the stolen vehicle.

Wilson was arrested, and readily admitted to the crime saying “I knew that it was not a good idea to get into the vehicle.” In light of the outcome of the crime, truer words have never been spoken.