Stupid Crime of the Week: Woman Jumps Out of a Window to Flee Arrest 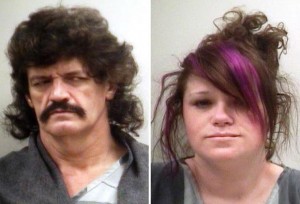 A woman in Fort Payne jumped out of a window to try and get away from police Thursday before she and a man were arrested for weapons and drugs charges.

DeKalb County police who were called to a County Road 603 home after receiving a 911 call saw a man looking out of the house window.

Right after, police saw Tierra Deshay Jones, 29, jump out of a house window and run towards the road.

The man was 53-year-old Jack Randy Wagner, who was arrested after police found a shotgun in the home that had been sawed off. After being patted down, officers found two knives and meth on Wagner.

Jones was arrested and charged with marijuana possession.