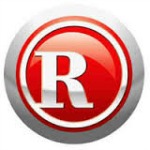 CHARLOTTE, N.C. — Police in Concord said a man who was breaking into a Radio Shack store survived a fall of more than 60 feet after he tried to get away from officers early Wednesday morning.

An officer patrolling the shopping center across from Concord Mills saw three men breaking the front window of the Radio Shack around 3 a.m. and called for backup, police said.

When officers got there, they saw the three suspects run out the back of the store and were able to arrest Travis Gill, 33, right away.

They said they caught Kenneth Black, 32, a short time later not far from the store.

But police said Luquese Black, 36, jumped a fence behind the store and fell many feet into dense woods and brush.

A K-9 officer searching the woods found Black and rescue workers hauled him up the embankment on a stretcher where an ambulance took him to the hospital.

Black and the other two men face felony breaking and entering charges.

Concord police are looking at them as possible suspects in two other break-ins this summer. A Charlotte-Mecklenburg Police Department task force is investigating a string of break-ins to cellphone stores and is also looking at them in connection with those cases.