Suspect On The Run After Shooting At Undercover Officer 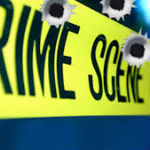 CHARLOTTE, N.C. – The search continues for a man who fired shots at a Charlotte-Mecklenburg undercover police officer during a drug investigation in northwest Charlotte Thursday night.

No officers were injured in the shooting and it’s not known if the suspect was injured.

A man attempted to rob an undercover officer and an informant in the 1100 block of Jordans Pond Lane just before 8 p.m.  The suspect then got into a vehicle that a female was driving and they tried to drive away, according to police.

“Additional officers attempted to stop the vehicle at which time the vehicle stopped and the suspect began to exit the vehicle and shoot at officers,” according to a news release from CMPD.  “An officer returned fire at the suspect.  The suspect then continued to run away from the scene.  Detectives have concluded that during the suspects escape he shot and killed a dog that belonged to a civilian.”

Officers set up a perimeter to search for the suspect, but so far no arrests have been made.  The Violent Criminal Apprehension Team is actively searching for the suspect.

The officer’s name has not been released due to the nature of the undercover assignment.

Anyone with information about this incident is asked to call 704-432-TIPS and speak directly to a Homicide Unit Detective.  Detective Burkard is the lead detective assigned to the case.  In addition, you may also call Crime Stoppers at 704-334-1600.