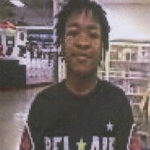 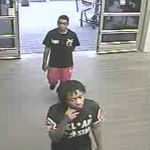 GASTONIA, N.C. — Gastonia police are asking for the public’s help to identify a suspect in an identity theft.

Police said the victim’s  personal information was used to open a credit card and membership account at a Gastonia business.The credit card was then used to make several purchases.

A suspect was captured on surveillance video and is described as a black man having a medium build, and wearing a black, orange and white jersey with ‘Bel Air Star’ printed on it, according to police.

Another black man wearing a black T-shirt and orange shorts is captured on video behind the suspect and is a person of interest in the case, according to police.