Suspect Turns Gun on Himself after Standoff 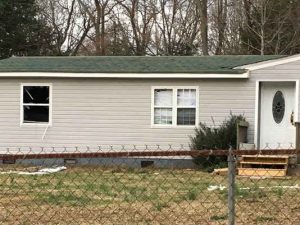 A suspect accused of sex crimes shot himself after an hours long standoff with police in Gaston County.

The man was 49-year-old Richard Grant Smeltzer. Police had come to the home on Scott Drive with a warrant to arrest the suspect on charges of sexual misconduct. When police arrived at the home, the suspect greeted the officers with a pistol in his hands. He did not point the gun at police, but threatened them over the course of the next couple of hours.

Smeltzer then barricaded himself inside the home. The suspect remained fairly communicative with the negotiators and police during the course of the incident, making the authorities hopeful that the situation would not end in violence. At one point, tear gas was launched inside the home in an attempt to force Smeltzer out of the home. Afterwards, a team went in the collect the suspect. At this time, however, they heard a shot. Authorities found the suspect with fatal wounds to his head from his own pistol. He was taken to the hospital but died as a result of his wounds.

Family members say that Smeltzer was resisting arrest because he had spent time in jail before and did not want to go back. Family members also asserted his innocence of the recent sexual crimes that he was being accused of.

Investigations of the incident are now taking place. From these reviews, police hope to gain knowledge as to whether anything could have been done in this situation to achieve a better result.