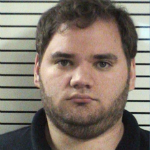 MOORESVILLE, N.C. – A man participating in a college internship for teaching at East Mooresville Intermediate School was found to be in possession of child pornography, officials say.

The Iredell County Sheriff’s Office began investigating 26-year-old Michael John Bernatchez on November 30 after following up on a tip.

Investigators were able to preview some of the files on the computer and obtained a search warrant for the device and seized it.

The State Bureau of Investigation was contacted to assist in the search of the computer. Investigators say numerous videos and photographs of children engaged in sexual activity were found on the computer.

Bernatchez was arrested last Friday and charged with seven felony counts of third-degree sexual exploitation of a minor.

He was booked in to the Iredell County Detention Center under a $50,000 bond.

The Sheriff’s Office says Bernatchez was scheduled to begin student teaching in the fall.