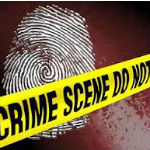 KANNAPOLIS, N.C. – A Kannapolis teen shot back during a home invasion early Sunday morning, hitting one of his intruders and helping police with information that led to the men’s arrests.

Chris Ludwick, 19, is covered with bruises and has four staples in the back of his head where he was pistol-whipped during the robbery.

It’s the second time in two weeks someone had broken into his home while he was there.

After the first home invasion February 7, Ludwick’s father, Terry, who lives across the street, gave him a .22 caliber pistol for his safety.

Ludwick fired the gun during the second home invasion overnight. The men grabbed the gun from Ludwick and hit him with it before running away.

Ludwick said he gave police a description of the car that led to their arrest.

Kristopher Garret Welch, 20, and Andrew Christopher Calamari, 21, are both in the Cabarrus County jail under $200,000 bond each. Each faces charges for two counts of first degree burglary and felony larceny.

Welch also faces a charge of assault and battery, while Calamari faces additional charges of assault with a deadly weapon and larceny of a firearm.

Police have not yet found the gun.