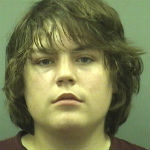 SALISBURY, N.C. – When he was arrested on drug charges a few years back, a Rowan County Sheriff’s Deputy referred to Brandon Rumple as a “menace,” and as the “drug kingpin of Enochville.”

Since then there have been several drug arrests for Rumple, 19, including the most recent arrest on Wednesday night.

Deputies say a tip led them to search a home in south Rowan and that they found Rumple flushing drugs down the toilet.

Rumple was charged with drug possession,  possession of drug paraphernalia, resisting police, and destroying criminal evidence.  His bail has been set at 2.5 million dollars.