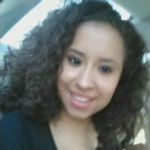 CLAYTON COUNTY, GA – Two men being sought by police in the abduction of a 14-year-old Georgia girl during an apparently random home invasion have reportedly made a $10,000 ransom demand.

Clayton County police say the two unidentified men took Ayvani Hope Perez from her home near Atlanta early Tuesday. The FBI and the Georgia Bureau of Investigation are also assisting in the massive search for the girl.

A law enforcement official close to the investigation confirmed the ransom to the newspaper.

Police officials began stopping cars in the area early Tuesday, checking them during an all-out search for Perez.

Clayton County police say the two men entered the Ellenwood home through a back door around 2:15 a.m. Tuesday. Officer Phong Nguyen said the suspects demanded money and jewelry. When the woman said she didn’t have any, one of the men fatally shot the family’s dog and took Perez. 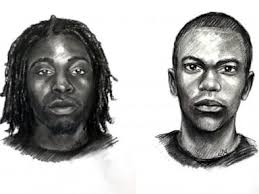 Police said the suspects then took Perez, who was described as Hispanic with brown eyes and black hair, standing 4 feet 9 inches tall. Perez was wearing blue and gray pajama bottoms and a “Superheroes” shirt at the time of the abduction, All News Radio reported.

Police said the suspects fled the scene in a grey Dodge. According to All News Radio, both suspects are described as black males, who were armed and wore dark clothing.

The crime happened on a cul-de-sac in Ellenwood, a small community about 10 miles southeast of Atlanta, police said. The neighborhood is on the northern edge of Clayton County, just south of the DeKalb County line.

More than 150 people gathered in a circle and held hands in prayer at the candlelight vigil Tuesday evening at Dutchtown High School in Hampton, the Atlanta newspaper reported. Many teens there — some of whom held posters with Ayvani’s name and pictures of them with her — were her classmates at the school.

The Associated Press contributed to this report.