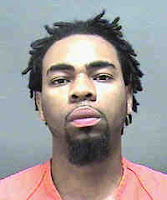 Charlotte-Mecklenburg Police have three suspects in custody after a shooting that occurred as the suspects were leaving the parking lot of the Bahama Mama nightclub on Independence Blvd. The shooting occurred around 12:50 this morning. No police officers or bystanders were injured during the incident.

The suspect occupying the right front passenger seat was leaning out the window firing shots toward the officers as the vehicle traveled inbound on Independence Blvd. CMPD Sergeant Gregg Collins returned fire, striking two of the passengers. One was hit in the hand and the other in the hip. The officers returned to their vehicles, pursued the suspect vehicle and successfully stopped the vehicle in the 3200 block of Eastway Drive. 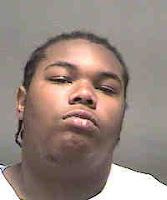 Three of the four suspects have been charged. The driver of the vehicle, Brian McCrary (Top Photo) and the shooter, a juvenile, are charged with four counts of Assault With A Deadly Weapon on a Law Enforcement Officer. Passenger Jarvis Reed (Bottom Photo) is charged with possession of marijuana. The fourth passenger was not charged.