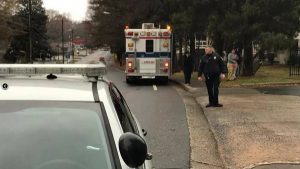 Three people are dead and another is critically injured in a homicide on Saturday.

Police have identified the killings as being domestic-related. According to reports, the four victims were shot at a location in the 2200 block of Kilborne Drive in east Charlotte at around 8:30 a.m. on Saturday morning.

When police arrived at the scene, they found all four victims suffering from gunshot wounds inside the Woodland Park apartment home at the scene. Three of the victims were pronounced dead at the scene while the fourth victim was rushed to Carolinas Medical Center for treatment of life-threatening injuries.

None of the victims have yet been identified and police have reported that they are not looking for a suspect in the domestic-related killing.

The killings have been recorded as the 83rd, 94th, and 85th killings of 2017, the deadliest year in 25 years, according to local police.

CMPD asks anyone with information on the incident to contact Crime Stoppers at 704-334-1600.