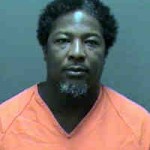 Jamie Knox, 47, pled guilty to second-degree murder in connection with the killing of Chapel Bernard Waymyers, 40. Knox was sentenced to 157-201 months in prison. In December 2011, Knox went to a meeting of the Outcast Motorcycle Club in Charlotte. Knox had previously been suspended from the club for pointing a gun at someone, and as a result, he had to turn in his “colors,” meaning his vest and patches. At the meeting, Mr. Waymyers, who was the president of the club, told Knox that he was not supposed to be there because he had been suspended. Then, Knox fatally shot Mr. Waymyers.