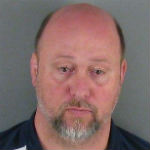 GASTONIA, N.C. – The trial of a high school science teacher and wrestling coach is set to begin after he was charged with 15 felony counts of sex crimes against children last year.

On June 6, 2013, he was also charged with two counts of crimes against nature. Police say the new charges involve a third victim and occurred in 1998.

The charges came after a several month long investigation involving alleged sex offenses. The alleged incidents occurred between May 1, 1999 and June 15, 2004.

Goins was employed as a teacher and coach at East Gaston High School.

According to arrest warrants, there are at least two men who have alleged they were victims of Goins.

One victim is listed as under the age of 16 when the incidents reportedly happened from May 1999 until September 1999.

A second victim is listed on the report as a 15-year-old boy.  He was reportedly victimized from August 2003 until June 2004.