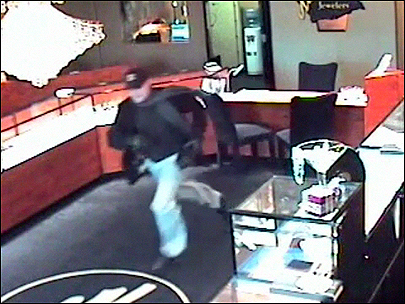 The FBI has busted a multi-state diamond theft ring and have brought down an enterprise that included at least seven people– including two Union County, NC men:  Trey Smith Adams, 27, of Indian Trail and Victor James Lupis, 25, of Monroe.  Since its inception, the theft ring has made off with more than $1.4 million dollars in diamonds and other gems from various jewelers across the country.

To plan for the heists, the FBI said a the group planned in advance including sending a well-dressed man and woman into a jewelry store and pretend to shop for a diamond ring and look for a specific employee to target.  The culprits would even sometimes ask the store to order larger diamonds for their return visit when they grabbed the gems.

The suspects would return on a planned date, execute their plan and take off with valuable gems and run to a getaway car.  Afterward, the diamonds were sold to a jeweler in Philadelphia, PA and the proceeds were distributed among the participants.

Victor Lupis was identified as a suspect in a December theft in Portland, Oregon., after police received a tip. Authorities said Lupis had entered a jewelry store, posing as a customer as he examined two rings. Lupis grabbed the rings and fled.  The rings he stole had a retail value of more than $147,000.

After Victor Lupis was arrested on charges of aggravated theft in April and confessed to that crime, he confessed to at least five other diamond heists he committed or participated in with several other suspects, whom he named as:  Michael Young, 39, of Davenport Florida; Ernest Remor, 36, of Spring Hill, Florida; Trey Adams, 27, of Charlotte, North Carolina;  Victor Lupis, 25, of Monroe, North Carolina,  and Jack Cannon, 25, of Madison, Georgia.

Trey Adams has been arrested several times in Mecklenburg County, however, his charges are mainly traffic related and one assault charge.  Victor Lupis has several arrests as well with various charges of assault, selling marijuana, etc. and maintaining a dwelling to sell drugs.