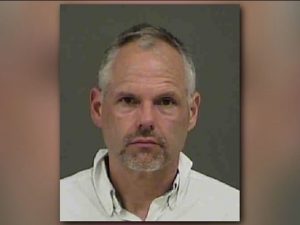 A professor at UNC Charlotte has been charged with child exploitation following an investigation.

Investigations by both the CMPD and the ICE/Department of Homeland Security began in June after evidence of illegal pornographic material exploiting a minor was uncovered.

55-year-old UNCC professor Robert Lewis Herman-Smith was connected with the crimes. Police were able to obtain a warrant and searched the professor’s home which is located in Matthews.

According to reports, Herman-Smith had been working with the school since 2008. Herman-Smith worked as an associate professor, MSW program director, early childhood mental health certificate coordinator, and a NC child welfare education network site coordinator.

Since his arrest, Herman-Smith has been released on bond and is due in court on November 17 after having waived his first court appearance which had been scheduled for October 30.