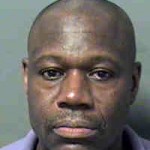 Earlier this month, Crime in Charlotte (.com) covered a story about a couple found shot to death in their Charlotte home. Click here to see that story. On Tuesday, Charlotte-Mecklenburg police announced the results of their investigation into the deaths of Clyde and Ida Valentine.

According to police, Clyde Valentine shot and killed his wife before killing himself during a domestic incident on November 1st. They couple were found later by their son in their Swift Arrow Lane home.

Valentine had been fired from his teaching position at Philip O. Berry Academy just two days before the incident. He was fired for being charged with of indecent liberties with a child and statuary rape.

On Tuesday, police said their investigation and analysis of evidence at the scene led them to determine the deaths were a murder-suicide. They also said there was no indication that anyone else had been involved in the killings.

Police said they’ve shared the results of the investigation with relatives of the Valentines.