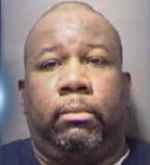 A search warrant was issued when police in Winston Salem took five gallon buckets with Ace Hardware on the outside and 10 pounds of marijuana that were inside those buckets. An informant told investigators that those drugs were headed to a home in Cornelius- the home belonging to Sean Younger. According to this same informant, Younger had people picking up shipments of drugs at various FedEx offices in the Charlotte area.

During the search of Younger’s home- located on Harken Drive- officers found some of those Ace Hardware buckets. In addition to Younger’s home being searched, a home on Rio Oro Drive was also searched, as well as cars at both locations.

Younger is being charged with possession of marijuana, possession of firearm by a felon, felony conspiracy and maintaining a dwelling to keep and sell a controlled substance. Investigators say that this investigation is still very active.