Uptown Stabbing Sends One To The Hospital 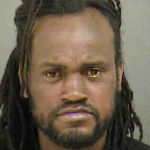 CHARLOTTE, N.C. — Police were called to the scene of a stabbing at Rozzelles Ferry and the 1700 block of West Trade Street on Thursday night.

They found one victim, who was taken to Carolinas Medical Center with life-threatening injuries from a stab wound, around 6:15 p.m.

CMPD arrested 44-year-old Jerry White and charged him with assault with a deadly weapon with intent to kill or seriously injure and simple assault.

Officers said White knew the victim and stabbed him following an argument. Police said White assaulted a second person as well but that he was treated by paramedics at the scene for minor injuries.

Anyone with more information about this case is asked to call Crime Stoppers at 704-334-1600.