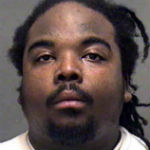 CHARLOTTE, N.C. – Yesterday we reported on an incident where police responded to a call on the 3400 block of Mathis Drive. You can read the details of the story here.

Two men were involved in a fight and one was transported to Carolina Medical Center and was pronounced dead. The victim has been identified as Quinton Milhouse. His family has already been notified of his death. During the investigation, police discovered that the two men knew each other and were allegedly involved in recent drug activities together.

Several 911 calls were placed by witnesses during the assault on Milhouse. When officers arrived, they separated both subjects and Milhouse became unresponsive and stop breathing. A medic who was already on the scene began administering aid to the victim en-route to the hospital where he was later pronounced deceased.

No charges have been files yet. Detectives with the Homicide / ADW unit are investigating the death while Internal Affairs will conduct a separate investigation to ensure proper procedures were followed by the responding officers. This is customary whenever a death occurs in the custody of police.