Warrant Out For Murder of Local Charlotte Woman 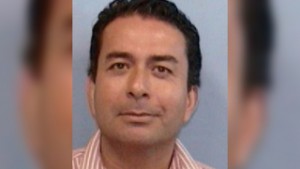 The body of Nia Hantzopoulos, a Charlotte woman who had been missing for almost two weeks, was found yesterday in the trunk of her car in a shopping center in Ballantyne. She was believed to have been seen last at a nearby Goodwill in Pineville where she frequently shopped. Police say that 44 year old Humberto Alvarez Mendoza was seen in surveillance footage following her around the store as she shopped. Mendoza is the key suspect in the murder of Hantzopoulos and a warrant is out for his arrest.

The area is a quiet center of business and residents were surprised and frightened to hear of the incident. Mendoza appears to be on the run, and family and friends of Hantzopoulos fear that he is attempting to travel to Mexico to avoid police capture. In a recent interview, the family of Hantzopoulos begged Mendoza to turn himself in “before anything else happens.”

Co-workers from Tin Tin Buffet where Mendoza worked say that he seemed to them to be a nice guy, but that they hadn’t seen him in nearly five weeks. When he came in to get his check at this time, workers at Tin Tin Buffet noticed lacerations on his face.

Detectives in the case are keeping certain details quiet for now and the cause of death is not yet known. However, an active search for the suspect is taking place, and authorities encourage the public to alert them to any information or suspicious activity that they may notice.