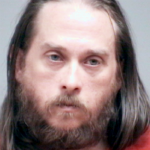 LINCOLNTON, N.C. – A search warrant executed in Lincoln County led to an arrest for not only child pornography as expected, but also an arrest for possession of weapon of mass destruction.

Investigators say they found a device appearing to be a bomb as they entered the home. The Gaston County Bomb Squad responded and detonated the device in a field behind the house. The Cricket, as it’s known, is made from a carbon dioxide cartridge containing gun powder and a fuse.

Once the residence was deemed safe, detectives charged Donald Cunningham, 36, with one felony count each of second-degree sexual exploit of a minor and possession of a weapon of mass destruction.

Investigators say he intended to distribute the pornographic images of children, ranging from 8 to 15 years old.

The FBI seized computers and electronic equipment from the residence for further investigation.