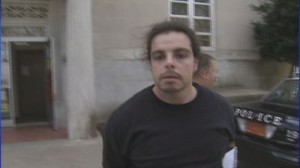 According to Lincolnton police, a reported gang member was arrested Wednesday after he stole a woman’s purse.

Witnesses saw Richard Hunsucker push the woman to the ground and take off with her purse outside the Dollar General on South General Boulevard. Five of the people that saw the incident happen, chased down Hunsucker until police arrived.

Police say Hunsucker has been arrested multiple times. He’s a registered gang member and had a GPS monitoring device on his ankle when he was arrested. He’s being charged with felony larceny and assault on a female. His bond is set at $25,000.