Woman Accused Of Hitting Her Children With Electrical Cord 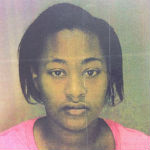 Police went to Deanne Adams’ apartment after Department of Social Services received a call about two children at school with bruises.

A DSS agent told police the 7-year-old daughter had a bruise below her eye and the 5-year-old had injuries on her collar bone.

The children are in temporary foster care while police investigate.