Woman Arrested After Driving While Impaired With Children in the Car 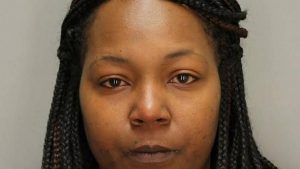 A woman has been arrested in Rock Hill after driving her vehicle while impaired with four children in the car.

The incident began just after 2:00 p.m. on Saturday. According to police reports, an officer pulled over 28-year-old Tierra Wilson for speeding. When the woman came to a stop off Saluda Road, the officer noticed four small children in the car, and smelled alcohol on her breath.

The officer performed field sobriety tests on the woman, all of which Wilson failed. She also refused to take a breathalyzer test.

The children were picked up by their father during the incident, and Wilson was charged with DUI and arrested. While officers attempted to take her into custody, she resisted arrest, kicking an officer in the stomach. She later had to be restrained in her cell after further “disorderly conduct.”

In all, the woman was charged with DUI, resisting arrest, and assaulting an officer.