Woman Charged With DUI After Hit And Run 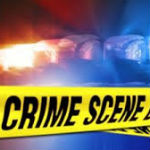 CHARLOTTE, N.C. — The driver involved in an accident on Mt. Holly-Huntersville Road and Keeneland Lane on Friday night has been charged with driving under the influence, hit-and-run and child neglect.

According to police, the driver hit an Escalade that had four occupants in the vehicle. Two of the Escalade’s occupants were taken to the hospital with minor injuries. The driver left the scene of the accident.

Police said the driver hit a telephone pole at Mt. Holly-Huntersville Road and Oakdale Road. She was transported to the hospital.

Her name and condition have not been released.