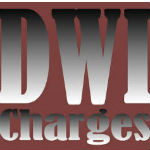 CHARLOTTE, N.C. – A woman was charged with driving while impaired after an accident involving two motorcycles in south Charlotte Tuesday that left one man seriously injured.

Beverly Jean Boseman, 51, was charged with DWI while at Carolinas Medical Center. Police say when she is released from the hospital, she will be charged with felony serious injury by vehicle, driving while license revoked and reckless driving.

The crash happened on S. Wendover Road near Bonwood Drive just after 2:30 p.m.

Police say Boseman was traveling northeast on Wendover Rd when she crossed the center line while going into a curve. Eric Allen Hudspeth and Daniel Leahy Hagemeyer, both 24, were driving two motorcycles in the opposite direction.

Hudspeth and Hagemeyer took evasive action and laid their motorcycles down on their sides, sliding on the asphalt. Boseman’s car, a 2010 Honda Civic, struck both of the motorcycles as well as Hudspeth.

Both Hudspeth and Boseman were taken to the hospital. Officials say Hudspeth was seriously injured, while Boseman only suffered minor injuries.

Hagemeyer was treated for minor injuries at the scene.

Once Boseman is released from the hospital, she will be transported to the Mecklenburg County Intake Center.