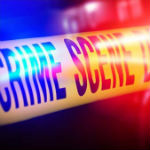 SALISBURY, N.C. – A woman told Salisbury Police that a man flashed her as she was putting her child in the car in the parking lot of the Old Navy store.

According to the police report, it happened around 11:00 am.

The woman says she was in the parking lot putting her child in her car, and that she turned around she saw the man with his pants unzipped and his private parts exposed in front of her.

She got in her car and immediately called 911.

The man was driving a green Hyundai SUV, and was attempting to leave when police arrived. Charges for indecent exposure are expected.