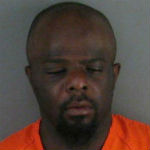 GASTONIA, N.C. – A 30-year-old Gastonia man has been arrested after police found him inside the missing car of a woman found dead inside a Gaston County home.

Dwayne Patrick Robinson was arrested early Friday morning and booked in the Gaston County jail for larceny of a motor vehicle.

Robinson appeared before a judge Friday afternoon, but not long after his appearance, Robinson was charged with second degree murder for the death of 47-year-old Adeline Maria Phillips.

Thursday evening, police were called to Phillips’ home on South Broad Street when police said, the woman’s son went to check on her and found her dead inside the home.

According to investigators, Robinson was found along Stagecoach Road early Friday morning driving a car that was deemed missing after a Phillip’s body was found inside her Gastonia home.

The victim’s car, a red 2001 Pontiac Grand Am, was reported missing from the home. Robinson was later found in that vehicle, according to investigators.

Relatives told police that they last saw the woman on Saturday.

Investigators have not said how the woman may have died, but an autopsy was done on Friday.

He was previously arrested in May 2014 and charged with communicating threats.

According to court records, Robinson was arrested in DeKalb County, GA back in 2006 and served six months in prison for aggravated assault on a female.

He was ordered to undergo a psychiatric evaluation and have no contact with victim in that case.

Robinson is being held on a $250,000 bond. He is scheduled to appear in court on Monday.