Woman Gets 13 Years For Reckless Homicide 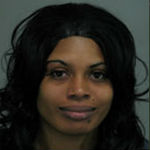 SPARTANBURG, S.C. — A Spartanburg woman will spend 13 years in prison for a high-speed chase that killed her 7-year-old daughter.

Police said they tried to pull over Ms. Shelton in August, 2012 for following too closely and an improper land change on I-85.

Deputies said Ms. Shelton took off, reaching speeds of at least 100 mph.  They said that during the chase, Shelton’s 7 year old daughter, Queniya, threw a bag of marijuana from the vehicle.  They later recovered the bag. 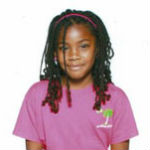 Ms. Shelton finally lost control of the car and flipped five or six times, ejecting young Queniya, who later died at the hospital.

In court, Shelton said, “I feel like no matter how many tears I cry or how many times I ask for forgiveness, it won’t ever change the fact that I can’t bring my baby girl back.”