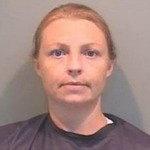 UNION, S.C. (AP) – Union County sheriff’s deputies say a woman has been arrested after tests show she put flea killer into her mother-in-law’s wine to try to poison her.

Investigators told local media outlets that 32-year-old Cathy Vasser was arrested last week after lab tests confirmed the chemical in the wine and she was found in Florida.

Deputies say Vasser’s mother-in-law called police in June after noticing an odd odor to a glass of wine she poured. She noticed the same odor in other foods in her refrigerator and said the smell matched the odor of the flea spray. Authorities had the items tested.

Investigators say Vasser and her mother-in-law had been arguing about several things.

Vasser is charged with attempted murder. It wasn’t known if she had a lawyer.