Woman Sets Store Counter On Fire Over Pack Of Cigarettes 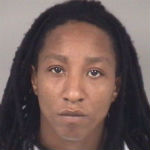 CONCORD, N.C. — A woman is facing charges for allegedly lighting a store counter on fire over a pack of cigarettes.

They said she did not have ID and got angry when the cashier refused to sell her a pack of cigarettes.

They said she pulled out a knife, stole the cigarettes then poured lighter fluid on the counter and lit it on fire.

Police said she was still on the scene when they arrived.  She was arrested and charged with robbery with a dangerous weapon and burning personal property.  She’s being held in the Cabarrus County jail under a $100,000 bond.