Woman Stabbed In Neck After Hurling Hog Stomach At Foe 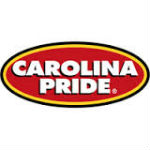 Greenwood police say a woman stabbed a co-worker in the neck with a pair of scissors after a fight about hog stomachs at a pork processing plant.

Authorities say the two women were arguing early Sunday in a room where hogs are slaughtered at the Carolina Pride plant.

Police say 19-year-old Johnnette Brown said a co-worker had hit her with a hog stomach. Then Ms. Brown stabbed the woman in the neck with a pair of scissors. The woman was taken to the hospital and may need surgery for her injuries.

Brown was later arrested at her home and has been charged with attempted murder and possession of a weapon during a violent crime. She was jailed Thursday. It wasn’t immediately known if she had an attorney.