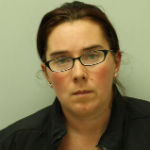 LOWELL, MASS. –  A Massachusetts woman accused of embezzling from a nonprofit for special needs children is now facing allegations of stealing about $350 her son had raised for his Boy Scout troop.

Lashanta Magnusson pleaded not guilty Tuesday to larceny over $250 and was released on personal recognizance.

Prosecutors say the 35-year-old Tewksbury woman took $349 her son had raised for his troop by selling popcorn and then wrote a check to the Boy Scouts, which bounced.

Magnusson is the former treasurer of the Tewksbury-based Friends of Special Education Kids. Authorities say she was previously charged with using the group’s ATM cards for gas, groceries and other personal expenses totaling more than $5,100.

Magnusson denies the allegations and says she didn’t know the check bounced.