Woman Throws Baby To The Ground After Fighting With Boyfriend 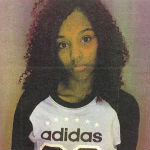 ROCK HILL — A Rock Hill couple was arrested Thursday afternoon after police say the man waved a gun and the woman threw her 4-month-old baby to the ground in his car seat, according to a police report.

Patton is also charged with criminal domestic violence for dragging Peele a short distance in her vehicle after they argued and she tried to drive away, according to the report.

Police found the woman behind the wheel of a PT Cruiser and told her to put the car in park, according to the report. 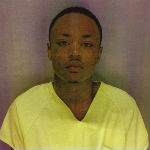 Instead of stopping her car, Patton struck the front of an officer’s patrol vehicle in the parking lot, the report states.

A witness told police she saw Patton and Peele arguing and watched Patton throw the baby out of her car while he was still in his car seat, the report states.

As the argument continued, Patton tried to drive away and dragged Peele beside the vehicle before he was able to get in, according to the report.