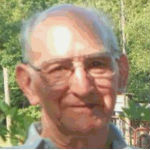 Richfield, N.C. – Detectives in Rowan County are investigating after an elderly man and his daughter were found assaulted in the backyard of a home after a possible robbery.  The man was fatally injured.

According to the Rowan County Sheriff’s Office, 911 operators got a call for help around 8:15 a.m. Wednesday morning from a home along the 6200 block of River Road in Richfield.

The victims, identified as 87-year-old World War II veteran J.D. Furr, and his daughter, later identified as Sandra Steen, 62, were found in the driveway and yard area behind the home by Jeff Steen – the man’s grandson and the woman’s son.

Furr was deceased, officials said, and Steen had been assaulted.

Emergency Responders and the Rowan County Sheriff’s Office were dispatched to the scene.

Sandra Steen was rushed to Stanly Memorial Hospital in an ambulance before being taken by helicopter to another area hospital for treatment of her injuries.

Investigators immediately began an investigation into the incident, and established a crime scene perimeter.

Investigators say Jeff Steen arrived Wednesday morning to help out with some work around the house and discovered the man and woman.

“When they arrived here they initially saw a female laying out in the driveway, of course, they immediately checked on her, and then also they found an elderly deceased male close to the house,” Capt. John Sifford with the Rowan County Sheriff’s Office.

A robbery of the residence may also have occurred, but investigators are still working to confirm that.

The Rowan County Sheriff’s Office is asking anyone with information that could help to please call (704)216-8700.